How I Built a Digital Magazine Publishing Company from Zero to 1.3 Million Readers

For years on end, I would dream of building an internet business.

Stuck at a job I hated and seeing other people on the internet live the type of life I wanted to live, I had no clue where to begin.

Now, years later, I have built a digital magazine publishing company up to 1.3 million readers and have started multiple businesses since. 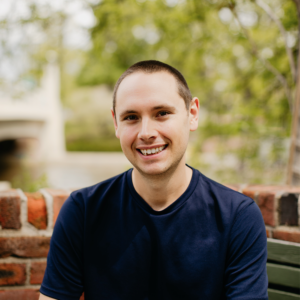 Andrew Alexander is the Founder of Limitless Publishing Group (2013-2018), LimitlessAcademy.com (2015-Present), leads sales and systems for the online vegan meal subscription service VegReady, and Author of I am Not a Millionaire – Making the Shift from Failure to Financial Freedom.

We all begin where we have no clue what we are going to do.

I was never born to privilege and I was never the type to get lucky. I graduated college during a recession where I couldn’t even get a job that paid more than $7.25 per hour. My first job after graduation was as a fast food worker at Subway in the back of a Walmart.

When I got my promotion to senior sandwich artist, it meant longer hours (sometimes starting at 6 a.m. or ending at midnight), but no increase in salary. 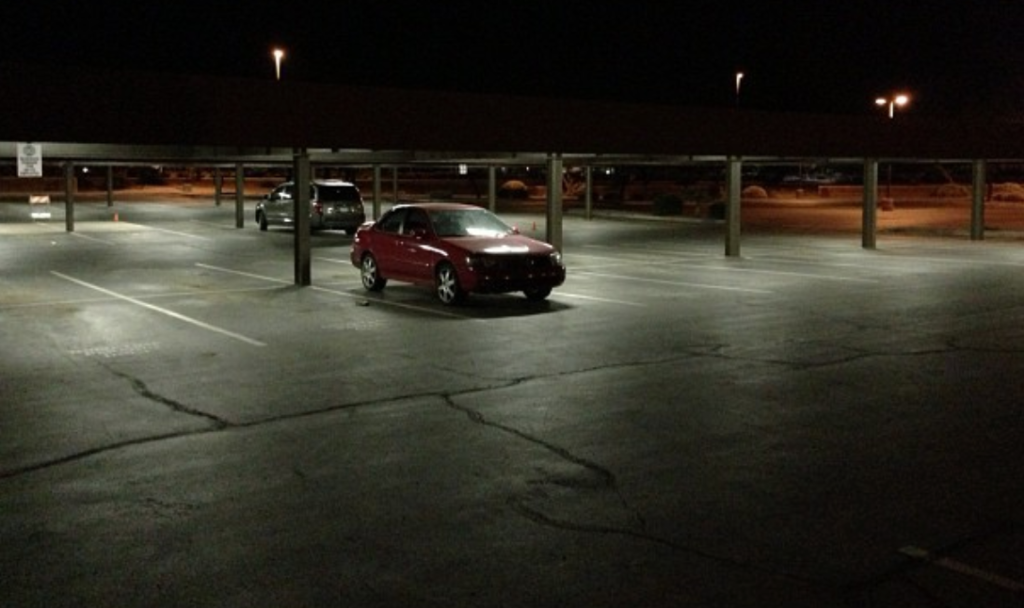 I had more pride telling my friends back home that I was unemployed.

Something needed to change.

After years of waiting for my lucky break to come, I realized one thing.

If I wanted to turn my life around, I had to be the change I was waiting for all along. A scary thought because I never studied business or did anything like this before.

I read a few books on entrepreneurship and saw a group of internet entrepreneurs living 2,000 miles away across the country in Scottsdale, Arizona. They made millions of dollars with their internet businesses, drove exotic sports cars, and spent much of their year traveling the world.

After six months of trying to teach myself how to code and finally down to the last $250 to my name, I made the risky decision to drive across the country to have lunch with one of the millionaires from the internet.

The only riskier decision is if I didn’t take this leap and my life continued to remain the same.

The one actionable piece of advice he gave me at the time was to get a low wage job and build my business on the side.

I did that, and after a year of procrastinating:

I eventually settled in on committing to one business idea for six months straight. This was a way to prevent myself from giving up in spite of all the failures and adversity I faced.

The idea was a digital magazine publishing company on the iOS app store.

Step 1 – Surround Myself with People I Want to Become

One of the most difficult parts of making my transition as an entrepreneur was my mindset, belief systems, and self-perceived capabilities in this life.

I used to be surrounded by friends and family who told me to get a safe and secure job and how I never did anything like this before. My past always seemed to equal my future.

Instead, I decided to place myself in an environment for success.

I rented out a three-bedroom apartment with two other aspiring entrepreneurs who were my age and had weekly meetups with mentors who already built businesses to guide us along the way. 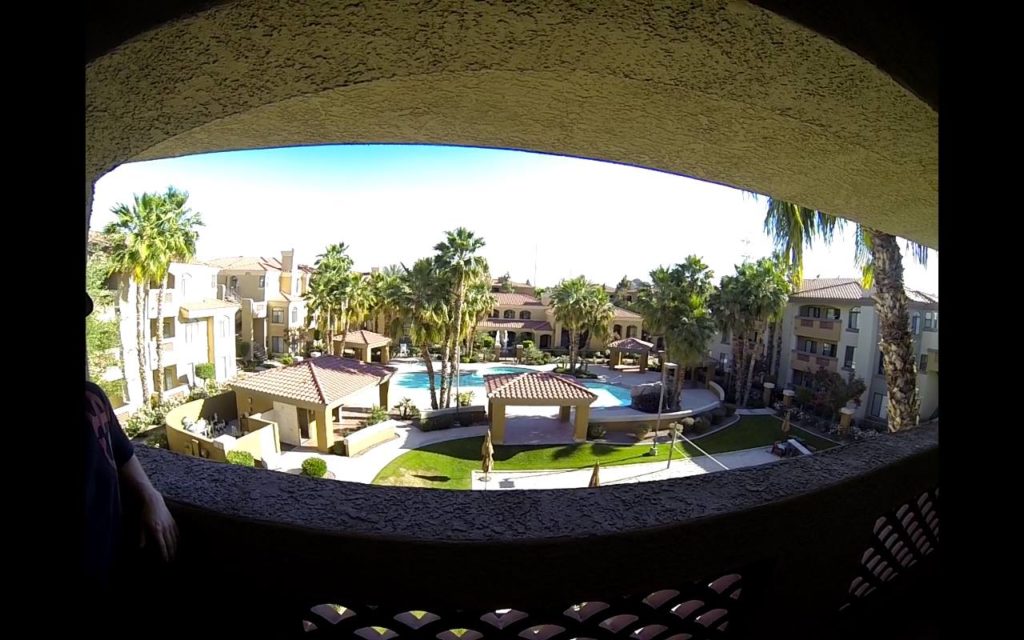 While we had a great sunny view from our apartment, the inside was stripped away from all televisions and couches – to make room for the computers and tablets to work with.

I mentioned this before where I used to jump from one hot idea to another when I didn’t see results right away. I used to think every failure or setback I faced was a sign I was on the wrong track.

But I was wrong.

Just like working out at the gym, you won’t see results right away and it’s a slow buildup over time.

When I made the commitment to stick through it with my iOS app magazine business for six months, no matter what – this was the key to my success.

I faced 16 rejections in code from Apple before the first one was approved. Everyone on the outside was telling me I was wasting my time and going down the wrong path.

But it’s this internal anchor of commitment that kept me going forward into the darkness.

My mastermind group from Step 1 helped me stay accountable along the way.

I built 20+ iOS magazine apps which have since grown to 1.3 million readers.

I have no clue how to code iOS apps.

I found some private-label code for magazine apps on the internet and taught myself the bare essentials to edit a few lines of code here and there.

My roommate was a graphic designer who helped with the images.

I found private label articles and hired writers on freelance websites to create the content for it, before I eventually had popular bloggers to the writing for me (that wasn’t until the apps had at least 100,000 downloads).

After four months of failing, I finally got my first paid magazine app available on the app store.

While building the business to 1.3 million readers sounds impressive, it was actually a lot easier than I thought it would be. Don’t get me wrong, it was hard. But many times our lucky break comes up when we expect it the least.

And looking backwards in hindsight, it’s a lot easier than looking forward into the dark.

So this is how I got the downloads…

On the iOS app store, there are millions of apps to compete against.

If I chose a category with a lot of competition (companies with millions of dollars in marketing budgets), I would be crushed and never get any organic rankings.

Back in 2013 when I started the business, the Apple Newsstand was its own icon on the home screen of iPhones and iPads everywhere. A shortcut to a lot of traffic because of less clicks through the traditional app store.  Instead of competing against millions, I only had 6,000 magazine apps to compete against. Only 30 in the pet category.

When I listed A Dog’s Best Friend Magazine in this section, it got 2,000 downloads on the first day. I was blown away because I’ve created so many websites before and none of them got any traffic because I was never focusing on the traffic first.

Step 5 – When the Fire is Lit, Pour the Gasoline on It

After learning how to rank my apps so easily, I decided to stop trying to do new things. I really had to expand on what was already working for me.

Over the next three months, I coded 20 more magazine apps in various categories on the Apple Newsstand. I hired more content writers and paid $320 (monthly) for a stock photography subscription.

Each time a new app got approved, I got instant traffic and my income increased. This served as positive motivation to repeat what I was doing and I kept going.

By June of 2014, I was getting 60,000-80,000 downloads per month and by July I quit my job and moved out of the hot desert of Scottsdale to the cool mountains of Boulder, Colorado.

Or so I thought.

So many times I would remember how I used to dream of the day I would have a passive income internet business, but this was only the beginning.

Reflecting Back – Lessons That Can Help You Grow Your Business Bigger

Since 2014 when my business took off, I spent many years traveling all across the United States and then internationally. I posted a lot of videos and pictures on the internet and shared my stories through my books.

I’ve also started many other internet businesses since then.

So many people see outward signs of success, they really don’t understand the journey and the process it takes to get there.

In September 2011 I decided I wanted to be an entrepreneur.

I failed every day until early 2014. The persistence and commitment pays off.

Lesson #1 – I stopped working when I broke free from my job.

I set my goal to quit my job and earn 5-figures of passive income from the internet. When I achieved it, my goal was reached and I stopped working. 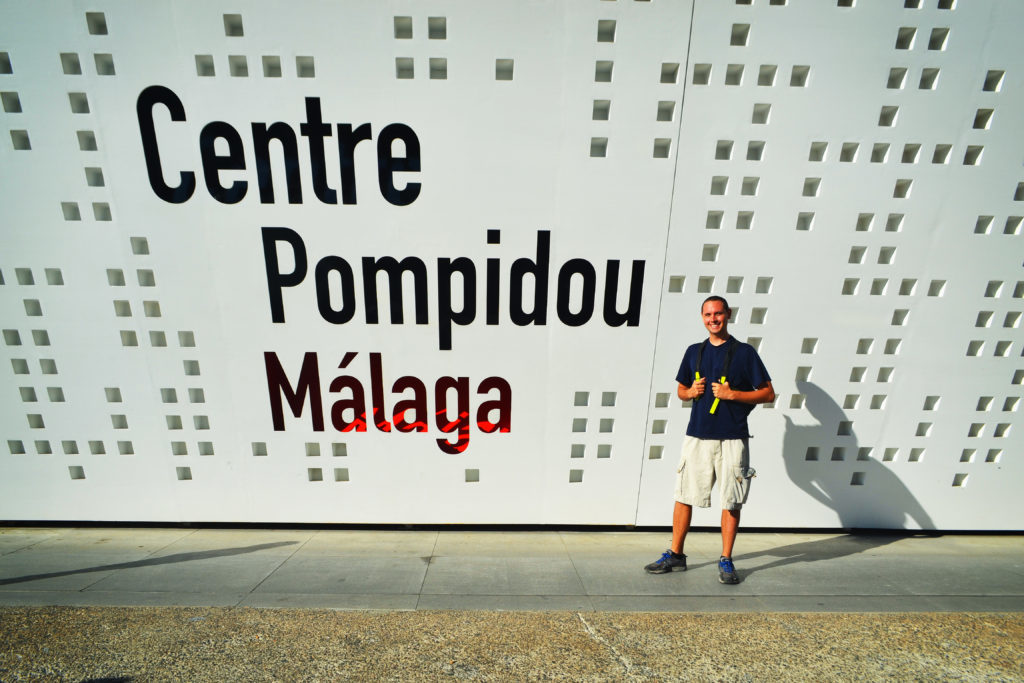 This was mainly because I didn’t have a larger mission-driven goal to motivate met to continue growing.

Now, with my book I am Not a Millionaire, I have the mission of empowering aspiring entrepreneurs to break free from the corporate world and living the life of financial freedom by being self-employed.

This larger mission will continue on forever, so I’ll never stop working on it.

When he turned SpaceX into a multi-billion-dollar company, he didn’t stop working and call it quits. He set a mission so large that it will continue on forever, even after you reach your larger financial goals for yourself.

When you start a business with a mission that is greater than yourself, it serves as great motivation to keep going.

As a result of stopping work on this business, income still comes in, but nowhere near the levels it used to when I was actively growing it.

Lesson #2 – Pay attention to the quality of your content.

So many marketers out there get caught up in the numbers, the money, and the reviews. When I first build the magazines, the quality of the content wasn’t the best. But I kept pushing it out because the sales numbers kept increasing with what I was doing.

I eventually went back and improved the quality of some of my more popular magazines. But my business could have been much bigger if I had originally put out higher quality products, due to a potential increase in customer referrals.

In 2015, Apple removed the Apple Newsstand and 95% of my leads cut off. I faced severe amounts of stress and anxiety during that time and it was because I didn’t have control over my customers or my leads.

Make sure you never have one point of failure for your business.

Now, I direct all traffic from my books to my website and email list that I have control of. While I do sell on websites such as udemy or amazon, my own platform that I own 100% is the core of my business.

I don’t rely on one traffic source because they could always cut me off with the flip of a switch. I heard this advice before, but it is a lot more painful when you feel the pain from it yourself.

For any entrepreneurs, stop thinking about your own ideas and really find the market you want to get in front of.

And give it what it wants. Consumerism is a selfish game and when you have the right product, sales setup, and traffic source; the rest kind of naturally falls into place.

But what I just said is a lot easier said than done, because I say it after the fact.

Success is inevitable. Keep walking forward. Adjust. And keep moving no matter what. You’ll get there in time.

If you’d like to read my full story going from broke and unemployed while living with my parents after college to building multiple businesses and being self-employed, I wrote about it in my book I am Not a Millionaire: Making the Shift from Failure to Financial Freedom.

You can also get the first 3 chapters for free through my email newsletter at LimitlessAcademy.com.