Many of the following statistics are found in the American Express nationwide study and analysis of 2017 data, which delved into the world of female entrepreneurship.

The Gender Gap and Business Ownership

These statistics are very misleading however, as the true gender gap in business ownership is far from closed.

Granted, this is not something the government should ever try to “intervene” on, and is mostly the product of males and females historically and in the present-day having different ambitions in terms of starting or owning their own businesses.

The graph below shows that women owned business make up 39% of all total businesses, leading many to think that women do have a large impact in the business world. 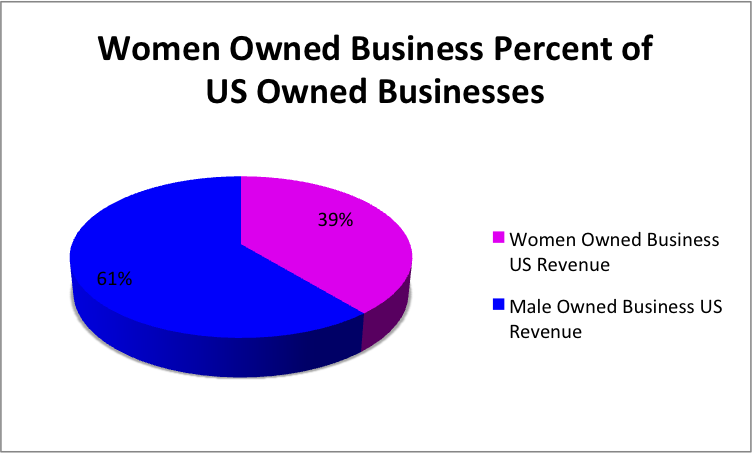 This is not the case. Women don’t have a large impact in terms of US business when you simply look at the full picture.

Although women own a large percentage of total US businesses, women-owned businesses only employ 8% of all US workers. 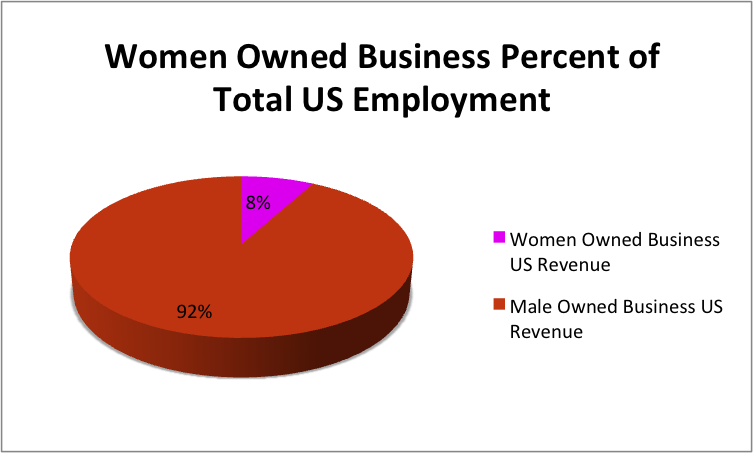 Additionally, women owned businesses only generate 4% of US business revenue.

Seeing that women own 39% of US businesses and generate only 4% of the revenue makes me sad. 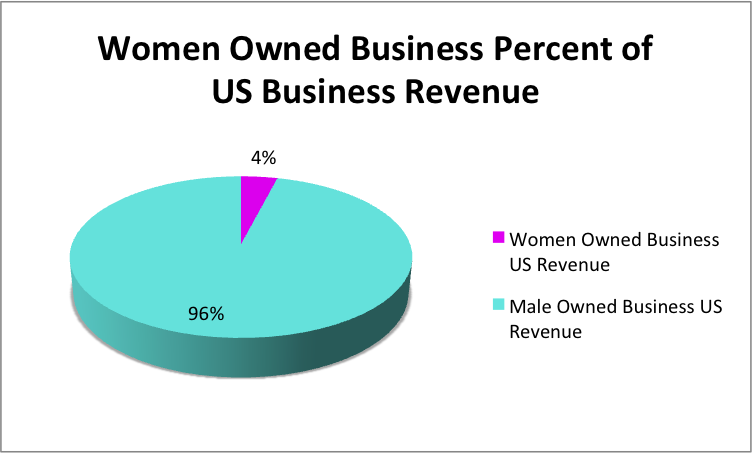 We need to help women gain the skills and confidence necessary to bring their businesses to the next level.

Imagine what this could do for the economy, if all women-owned businesses started generated their share of the total US revenue commiserate with the percentage of businesses they own.

If they simply even became “average” US businesses, the US economy would boom.

Some people believe this is because many minorities, especially African American women have trouble getting employment unless they create it themselves, forcing many into an entrepreneurship role. 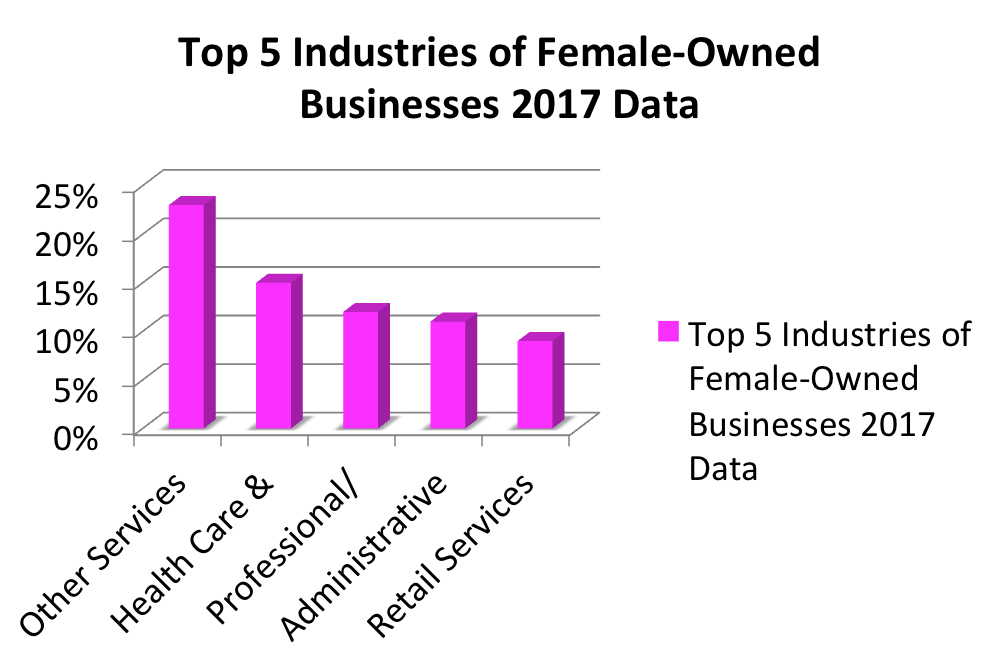 Female owned businesses may be making less revenue because the common industries they are in are not the common Fortune 500 or huge brand or VC backed company business industries.

The women-owned company industries are largely service and retail based, which in many cases can be limiting in terms of revenue and potential.

A Bank of America study even found that there are 66% more female owned small businesses than male-owned, supporting the conclusion that women owned businesses are simply much smaller neighborhood based businesses on average, and unfortunately this limits their revenue potential.

60% of the women business owners also feel achieving a work-life balance is their top priority.

This reflects a common male female difference in ambition I mentioned earlier, where many men are willing to sacrifice work-life balance to become the CEO of a large company or have their own successful company.

This could reflect that the women-owned businesses are at least achieving their work-life balance goal, even if their revenues are far below average when compared to male-owned businesses.

Unfortunately the Bank of America study found that only 78% of female entrepreneurs had actually achieved a work-life balance while 85% of their male counterpart business owners felt they had achieved true work-life balance.

30% of female business owners have even had a nightmare their business failed while the men are sleeping much more soundly at night, with only 21% having the same unsettling nightmare.

The two highest emotions female business owners feel about their business work weeks is interesting and fulfilling, meaning perhaps there is hope for the future of women owned businesses.

I personally think there is hope for women-owned businesses.