Solidarity redid their website and their customer service model, and I just called with a billing question and had no wait time.

The customer service person went above and beyond to figure out the discrepancy and was able to do their job quickly and effectively.

They seem to have fully turned around to offer exceptional service to all customers without the hold time and other issues of the past.

I am very satisfied with them now (although they did increase their price, which probably allowed them to get more customer support representatives), and am happy to be their current customer.

Huge improvement so far this year, and I would recommend them to other freelancers as well and those looking for a lower cost option, especially since their entire service and platform seems to be operating at a much higher level based on my recent experiences.

You can read about their older model and my experience below, but am happy they have taken feedback, improved and are now a service I am happy to be a part of:

UPDATE as of 6/19/20: The below experience was my initial Solidarity experience, but after a year, a very helpful representative did reach out to me and fixed my concerns including any miscommunication and full eligible reimbursement for my plan.

I now think much more highly of Solidarity, and am glad I did use it for the past few years as I have been able to save considerably as opposed to getting traditional health insurance, even though it was hard to get used to using at first.

I now do highly recommend Solidarity, however it simply took a long time to get my initial bills reimbursed & communication fully figured out.

My full experience below:

Is Solidarity Christian Healthshare a good choice for entrepreneurs? Or for anyone? I describe my own experience with Solidarity’s Healthshare and opinion on who, if anyone, should use it, below. 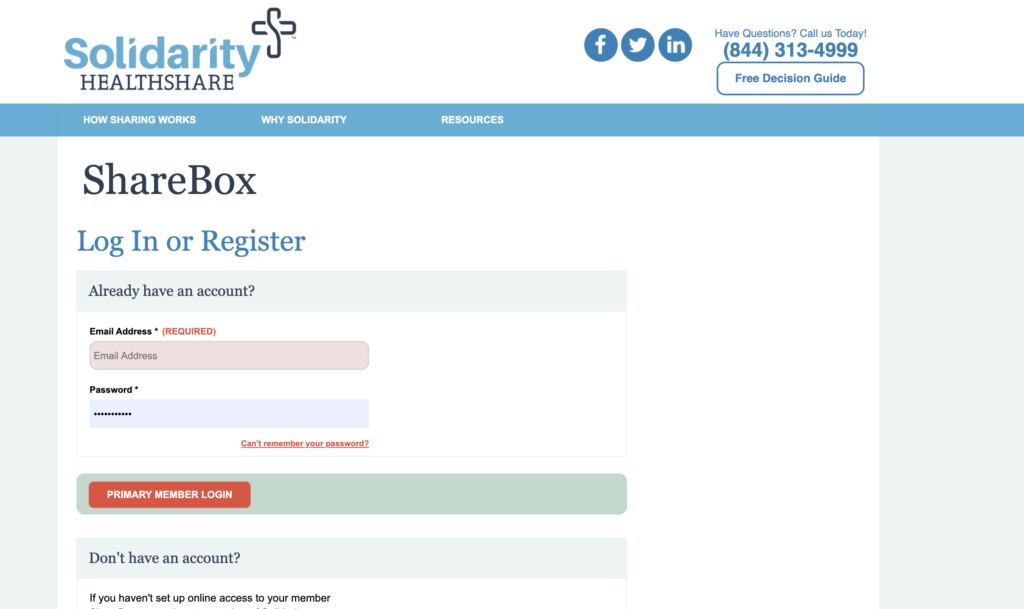 I was so tired I could not run for longer than 3 minutes without stopping to walk for at least a minute. And when I say “run”, I mean hobbling a long at an 11 minute mile pace, barely faster than many people can walk.

I’m a fairly athletic person, and always have been, swimming High School Varsity section and state meets since middle school, running two marathons and being the type to go on a run even when it is pouring rain or in any cold temperature except ice on the ground because ice makes it too slippery.

After more than a month of 3 minute slow-motion running followed by a minute walking, I decided to go in for a blood test to see if there was anything wrong with me.

At first I had thought my slowed down running was just me getting older, but when you can’t run for more than 3 minutes at a time, are only 27 years old, and are used to being able to run marathons, you start to realize there may be something wrong.

Wanting to be able to run again, I went in to get my general checkup and blood test for the first time in over 5 years since the mandatory college tests.

I got the test results and found out my red blood count and iron count were incredibly low and I had iron-deficiency anemia, which was the reason I had been so exhausted I could barely find the energy to “run”, if you can call it that, at a crawling pace for more than a few minutes. 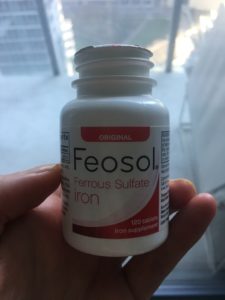 Not a health expense that would break the bank by any means, with or without insurance, however, I had been told *in writing* via email multiple times before going in for the general checkup that Solidarity Healthshare covers general checkups 100%, and any reasonable follow ups 100%.

I was under the impression I would submit these bills via the Solidarity portal, get a reimbursement check, and be done with it.

Nope. Not even close.

I submitted my bills and forgot about them. My mom asked me a few months later, “Did Solidarity ever reimburse you?”

From the day I submitted May 12th, 2019, it took Solidarity 5 and half months to process the first iteration of the bill which was finally incorrectly processed on October 30th, 2019.

After waiting for months, I finally I got an email notification they had been processed 5 and a half months after I submitted the bill.

Their strange “re-pricing” strategy meant they were only reimbursing me for around half of the rest of the general checkup and blood test bill.

Note: The way Solidarity processes and prints out the processed bill PDFs is also super confusing.

Make sure you save your welcome packet so you can check what plan you have, if it is the one that reimburses 100% or 70% like I have, or another variation.

A deductible means what you have to pay out of pocket each year no matter what. So I knew I would be paying the first $500 out of my own pocket and was ok with that.

Here’s how it worked out for my ~$700 checkup and blood test:

They told me the documents I had submitted weren’t proof of payment so I had to re-submit them.

They told me to re-email everything.

I waited every month or few months to call in again and check, and no one was ever able to help me get the bills finalized or paid.

The support representative would always say in a sing-songy sweet voice, “oh, it is still processing in billing, we will call you again in 10 days to follow up with an update”.

And I would say back as nicely as possible “oh I don’t think you will call me back, just because I’ve been told that many times before and it has never happened.”

They would say, “oh, of course honey we will call you back”, and I would laugh quietly in my own head because of course they would never call me back, and they never did.

Finally, it has been over a year and I am writing this at the time of C-virus lockdown, so of course they have practically shut down even though they are a remote phone-based business.

In a few months I will call again and see if my bills from over a year and a half ago have been processed as was promised.

UPDATE: 6/19/20 A few weeks after publishing this post, I was surprised to see that a Solidarity representative did reach out to me via email to schedule a call to discuss my situation.

We talked on the phone several times to clear up any confusion, and she was extremely helpful as well as had the knowledge as well as power to help and get the rest of my reimbursements.

She explained to me that the re-price was because I had chosen the lowest plan level which is only a 70% max reimbursement rate, which makes sense and was ok with me. If you are looking to get a 100% reimbursement, you simply have to choose a higher plan level.

She also sent the two checks that I had never received which I just got the other day in the mail, so I did end up getting 70% of my eligible medical costs covered, which was great.

I have to say I was surprised to receive the pro-active outreach and help from her, and she was exactly the kind of customer service I had previously not seen in Solidarity but had been looking for.

I also have to say I do recommend Solidarity based on my most recent experience with them and how they cleared up any confusion on my end as well as sent the rest of the eligible reimbursement money.

Conclusion: Should You Choose Solidarity or a Christian Healthshare?

The answer is it depends on many factors, but I now think much more highly of Solidarity and will consider staying on the next few years, however my monthly subscription fee is increasing this October, so I still need to decide if traditional insurance is a wash or not cost-wise or worth it in other ways.

Before getting the pro-active customer service outreach from Solidarity, the worst part for me was having this hanging over my head for months and months and over a year. I simply wanted to submit a bill and know it has been taken care of. I would rather have an honest, upfront, easy to work with health insurance provider, and for a year Solidarity had been the opposite of this. I have to say they are now the opposite of what I previously thought, I now see them as much more upfront, honest and capable due to my recent experience.

I am happy this is no longer hanging over my head, having to resubmit bills, wait months and call every month for over a year and still not being reimbursed for a small amount. Solidarity as a Christian HealthShare has met and exceeded my expectations with my most recent experience.

I was very happy to be able to speak with a Solidarity customer service representative who was on point and had the power to deliver while I was on the phone with her.

Christian shared health insurance is a good idea in theory, but has some serious flaws in the way they can be set up. I recommend building a strong relationship with them if you do get their insurance so you can get priority support and have a good experience like I had a year after my initial experience.

I likely will continue to use my Christian HealthShare for at least one more year due to its low cost & now good support.

However, I recognize that because of this low cost, getting any money for submitted claims can be like pulling teeth unless you get a good customer service representative on the phone.

I currently use Solidarity Healthshare for my insurance, and started doing so when coverage was mandatory under Obamacare laws, when my mom recommended it to me due to the faith-based nature and low costs when compared to traditional health insurance plans.

I work for myself and did so at the time, so I wasn’t covered by an employer, making health insurance a cost that I wanted to keep as small as possible, similar to many self-employed people.

I have paid $107 a month for my Solidarity Healthshare membership these past few years, plus an annual $75 renewal fee which adds up to $1,359 a year.

Looking up other standard Health Insurance plans such as Blue Cross Blue Shield it’s easy to see how health insurance costs can add up to over $350 or more per month or a much larger expense of $4,200 or more per year.

Solidarity did a great job proactively reaching out to me a year after my initial concern and completely fixing any miscommunication and reimbursements.

My Solidarity renewal is coming up in October, and with it comes a raise in my current price to almost the level of a traditional health insurer. I may stay with Solidarity after my recent experience with the wonderful, knowledgeable customer service representative and how they clarified any miscommunication and sent the full reimbursement.

In conclusion, using a HealthShare can be a good short term health insurance solution for some people, but you’ll need to think carefully about the costs and benefits relative to your own situation.

Let me know your experience with regular health insurance and healthshare insurance in the comments below and we can compare the two.